The next stop on our 2017 road trip was in southwest Montana. Actually, the original plan didn’t include the Beaverhead River, it was a “plan B” activity. I’ll tell you about it below.

I’ve always liked the Big Hole River because of its size. I enjoy the walk and wade experience. We took a guided trip back in 2011 where we floated from the put-in above Maiden Rock through the canyon and ended our trip at the Melrose take-out. We learned a lot from our guide, both how to fish the Big Hole as well as access points where we could fish from shore.

This year, “hoot owl” restrictions were in effect for the upper and lower Big Hole River, but not the areas we planned to fish.

The first stop after checking in to the Twins cabin was at Sunrise Fly Shop, which is right next door.

We double-checked the “hoot owl” locations.  “Hoot owl” is a term used to restrict the hours a person can fish. If “hoot owl” is in effect, a person must stop fishing between 2 pm and midnight.

The water we hoped to fish was not restricted by “hoot owl”, but we also heard a familiar phrase…”you’re between hatches”. It wasn’t the first or last time we would hear those words during out fly fishing road trip!

Well, that wasn’t going to deter us. We can usually find fish. At least that was our hope.

During previous trips, we were able to catch fish in all those locations…some more than others.

By the time we were ready to cast a fly, it was late afternoon and Brown’s Bridge was the closest for us to try.

We had heard about the high snow pack in southwest Montana last winter. To our surprise, we could definitely tell because the water was higher than we had fished it before. That wasn’t necessarily bad, we just had to find the holding water where the fish were.

I’ve always been able to catch fish upstream of Brown’s Bridge and this year was no exception.

Here is my first fish from the Big Hole River using my 6 1/2 foot 3 weight bamboo fly rod my friend Skip Hosfield made me. Talk about a smooth casting fly rod!

I thought it might be a harbinger of things to come, but it wasn’t. Fishing was slow after that first fish. Well, I did catch a Whitefish, but was hoping for more trout. I waded further upstream trying seams close to the bank and farther out in the river. No fish.

Back to the cabin and some dinner before heading out and fishing until dark.

We stayed in the Twins Cabin this trip. The cabin has a full kitchen, which we like to have during our trip.

Since Brown’s Bridge wasn’t looking so good to catch fish, we decided to drive up to the Divide Bridge, about 14 miles upstream. We’ve fished at the boat ramp as well as a little further downstream to the top of where the campground begins. Fish have been found in past years along the shore…very close to the shore.

We gave it a try, but didn’t find any fish. I cast farther out and was able to rise a couple of fish to that red Parachute Chernobyl I highlighted a couple of weeks ago in a TBT post.

As dusk settled in, my wife told me to turn around and cast back to shore, aiming at a little riffle in the water. Well, she was right! I found a rainbow about 17″.

I thought it might be the beginning of a good night of fishing…but it wasn’t to be. No more fish…so we decided to move back upstream and try around the Divide bridge. It was getting dark and I rose a couple of fish, feeling one but no hook-ups.

Maybe it was time of day, so we tried it again very early the next morning. Nadda! Oh my gosh, the wind was howling coming down the canyon. We gave up there and thought about our next fishing spot.

How about Maiden Rock?

Here is the water above the bridge. It looks really fishy, but no fish rose to our flies.

Below the bridge, we found rising fish.

Oh ya, we found a few Whitefish rising to dry flies as well! Several of these came to hand.

Fishing ended about noon and we drove to Dillon that afternoon for supplies and stopped at the Frontier Anglers fly shop. They were very helpful. We found out the Beaverhead river was fishing really well.

We’ve never fished the Beaverhead before. I thought it was only accessible by boat because it flowed through quite a bit of private property. Our new fly shop friend told us we could easily access the river a short distance downstream from the dam. In addition, he showed us a caddis imitation he used to catch some nice trout. I purchased four caddis flies along with this streamer for the Big Hole.

Friday after Dillon, we tried the Big Hole agin in the canyon. Big mistake! I HATE mosquitoes! In fact, I react to them in a very negative way…as in swell up something fierce, so I try to stay away from them at all cost.

The road into the canyon is very rough, full of deep holes and large rocks in several places. Ten miles per hour seems like flying 80 down the freeway. In spots, you crawl down the road.

Finally, we arrived at a spot we’ve fished in prior years. I got out and saw some standing water from the overflow ditch (not a good sign). A few mosquitoes began flying around as we opened the back of the Tahoe and slipped on our waders. We pulled up our buffs, applied repellent and walked to the river.

I cast a few times because I couldn’t help myself and finally gave up…all within 5 minutes. The mosquitoes won!

Sure, there was a mosquito or two in the other locations, but they didn’t bother us much.

We drove back to Brown’s Bridge expecting a different experience. After not catching any fish in the normal spots, we walked further upstream. Still nothing.

One of the positive aspects of not finding rising fish is the opportunity to look around and enjoy the scenery, bald eagles, and bugs along the edge of the river. We found several midge clusters close to the edge.

Even with all these midges were on the water, not a fish rose to them.

We returned to the bridge with a little moisture from a thunderstorm falling on us. I decided to fish a run using the Cone Head Bow River Bugger streamer I purchased from Frontier Anglers. I’m glad I did. This 17″ Brown Trout came to my net as darkness approached.

The first picture of this post captures the moment, thanks to my wife. Here is another shot.

Our last full day fishing the Big Hole river found us back at Maiden Rock, about an hour earlier than the previous day…nothing. We walked downstream to the spot where we caught fish the previous day.

Whitefish and trout moved to our flies, hooking up or just hitting the fly and missing.

We decided to walk back to the bridge and try upstream where we hooked and landed a few fish.

After eating a sandwich and cooling off with a Montana microbrew, we fished the other side in faster water. Perhaps fish were there because of increased oxygen levels. I landed a nice fish with the Parachute Chernobyl and moved a few others.

The fish stopped rising and we headed back to the cabin and ended up with an early dinner at the Hitchin’ Post.

While nondescript from the outside, I enjoy the rustic feel of the old bar…”rest your weary ass”.

And perhaps the interesting posters on the walls.

Great food along with a Moscow Mule!

We discussed our fishing on the Big Hole and thought about the Beaverhead River tip. This is Montana…what’s another 40 mile one-way trip to search for more fish? Another “plan B” was hatched! I wonder if the Mule had anything to do with our answer?

We drove down I15 at the 80 mph speed limit to Clark Canyon Dam. An access road follows the river. Here is what we found.

The Beaverhead River isn’t very wide. It looks like an irrigation ditch to me. Perhaps that’s the main function and trout come second. I don’t really know.

But we did find some access points and walked along the river, ending up at an eddy just below a chute.

I caught my first fish around 8 pm and continued catching them till the mosquitoes carried me off at dark.

I landed some beautiful Rainbow and Brown Trout.

These are chunky, thick fish! I think I landed 7 fish, all over 17″. Brown Trout were rising about 10 feet from me under the brush along the river’s edge. I really had a hard time finding my fly because it was dark, but I certainly could see the ring from the fish eating my fly!

I was ecstatic about “plan B”!

Except the roughly 100 mosquito bites on my back! I HATE MOSQUITOES!!!!!

What flies were most effective? Besides our new favorite Parachute Chernobyl, we caught fish on Beetle Bailey and a Purple Haze.

Overall, I was disappointed in the “catching” at the Big Hole River. It could have been because we mostly used dry flies. Or we were between hatches. Whatever the reason, if we go back, it most likely will be a different time of year.

Having said that, we had a great time fly fishing the Big Hole and Beaverhead rivers. The Big Hole Valley is a beautiful place.

Read about the other rivers on our 2017 fly fishing road trip: 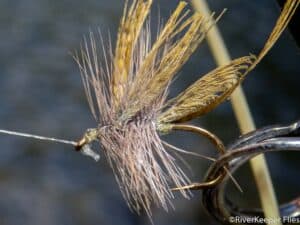 I’ve had a love / hate relationship with my knots the last couple of weeks. I was surprised because I tie hundreds of knots every year. I lost some nice fish because my knot didn’t hold. Whose fault was that? Bad leader? Nope…it was all mine. Here are the effective fly fishing knots I use…. 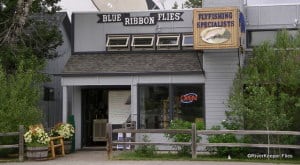 If you’ve been reading my blog for a while, you know I talk about Craig Mathews and Blue Ribbon Flies in West Yellowstone, Montana. Craig and the rest of the guys in the shop are responsible for many of the flies I fish. The flies they develop fit my description for success – simple to… 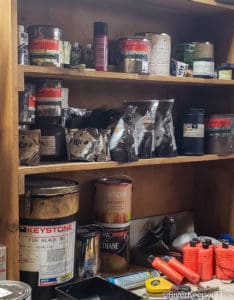 This week’s Throw Back Thursday Fly is Theodore Gordon’s Bumblepuppy. To be honest, when I heard the name of this fly, I thought it was a joke. After a little research, I think the joke is on me.

I’ve taken a break from the snow in Sisters and have been soaking in the sun from Kona, HI. And you know me, I can tie flies anywhere! This week’s post includes a few odds and ends. I’ve tied flies in paradise before as well as in the car, even during rough conditions! 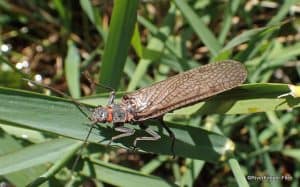 I’ve heard through the grapevine that fish are rising to adult salmonflies on the Deschutes River. The beginning of the hatch is here. With the lower river boat ramps closed until later this month due to social distancing guidelines, I might be missing the salmonfly hatch this year. I enjoy floating and fishing the Warm…