I wrote about the Cascades Stone a few years ago, but have seen them on the river recently and thought it was time to highlight this seldom seen hatch by fly fishers.

It’s actually called the Doroneuria baumanni, a cousin of the Golden Stone.

But I’m getting ahead of myself.

When we first noticed this bug a few years ago, we thought it might be an older Salmonfly because it is similar in size to those found on the lower Deschutes River and found on the Metolius in much smaller numbers. The female is around a size 6 and the male smaller, as seen above. Since it was so late in the year, I assumed it was an old Salmonfly that had been around for a while and faded out. To further confirm my thought process, there weren’t very many around…less than a handful.

Here are a few mating with a few Little Olive Stones joining in.

When I started asking around if anyone knew what they were, someone told me Willowflies. That made more sense. A slightly different version of the Salmonfly. So I started calling them Willowflies.

A year rolls around and the bugs show up just like normal in August. And sure enough, when I looked in the brush, there they were. We keep a lookout for the nymphal shuck on the foliage and that was the key they had begun hatching. It usually begins in August.

I don’t see them flying around like the other stoneflies. Only find them on the underside of stems or larger leaves. I decided to find out additional details about these “Willowflies”.

I looked up Willowflies and Shortwing stoneflies. But they didn’t look like the bugs I saw. Willowflies were the closest, but much shorter and thinner. The Willowflies I found were Brown Willowflies…or Skwalas. And the Shortwings…well, we found those in Montana on the Madison. (Learn more about Shortwing stoneflies in Arlen Thomason’s BugWater book.) Their name tells it all. The males have wings about half the size as the “Willowflies” found on the Metolius. This didn’t make any sense at all. What to do?

I sent Rick Hafele, a real bug expert (check out his website at www.rickhafele.com), an email with a picture and asked him what they were. Rick is one of the authors of several books on the subject, including Western Mayfly Hatches. He wanted a sample to key out the bug and I mailed one to him. The answer? My bug sample was a Doroneuria baumanni. It’s in the same family (Perlidae) as the Golden Stonefly. A close relative to the Golden. Not a Willowfly.

I asked Rick if there was a more common name. Nope. I guess since it isn’t a major hatch, fishermen haven’t given it one. Maybe I’ll call it the Golden Stonefly Cousin! Good as any.

A short time after writing my original post in September 2014, I found it was linked as a resource on a website entitled Troutnut. After a couple of emails, I found the common name Cascades Stone was given in 1998.

So there you go…my story of learning the Cascades Stone.

A year after my original post, this nymph showed up while kick netting the bottom.

Do the fish key on the adults? In my experience, not that much. I haven’t seen them flying around. You must look closely in the bushes to find them, so the “cousins” don’t seem to be high on a trout’s radar.

That doesn’t mean they won’t eat them. I’ve used Fat Albert and Chernobyl Ant flies to get their attention.

So, keep your eyes open. Be observant. And catch a fish or two! 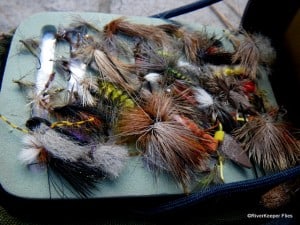 Have you ever cleaned your flies? You think I’m crazy, right? I clean mine. I call it steaming flies. Well, you spend good money to buy the right flies, or spend hours tying your own. Why not refresh them so they are good as new? When I tie on a new fly, I have every…

This week’s subject is our Montana Road Trip – Lamar River and Slough Creek, the last stop on our Montana fly fishing road trip. If you recall from last week’s post, our previous fishing was on the Stillwater River. We decided to drive over the scenic Beartooth pass into Cooke City/Silver Gate area and into the… 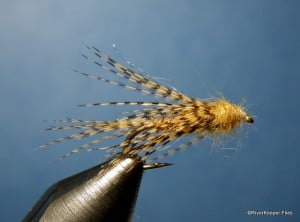 This week’s Throw Back Thursday Fly is the Birds Nest, another one of Cal Bird’s inventions. The history for the Birds Nest is a little mixed up for me. I found three versions: It was created in the early 1980’s and was first fished on the Owens River in California. The fly was created in 1959…

This week’s Throw Back Thursday Fly is the WD-40. The WD-40 was developed by Mark Engler for the Frying Pan River in Colorado back in 1982. The WD is for Wood Duck, which is used in the tail and wingcase, although I’ve seen the fly tied with Mallard Flank as well. The fly can be used… 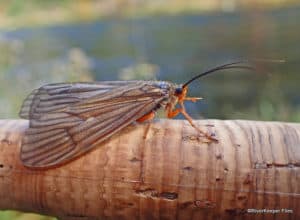 I can’t believe it’s almost October! I haven’t been to the river in a while because of all the smoke and closures, but would expect to see October Caddis flitting around the water and laying eggs. Fishing October Caddis flies can be exciting this time of year. Here is a post from last year I… 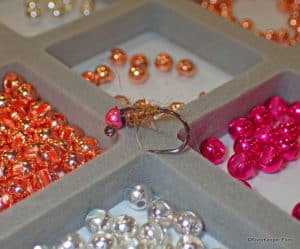 I had a great time at the 2018 NW Fly Tying & Fly Fishing Expo in Albany, OR last weekend. I was able to catch up with friends, watch some fly tyers, teach a Contemporary Soft Hackle Fly class, and demonstrate a few of my flies. What I was most excited about was a group of…