This week’s Throw Back Thursday Fly is the Improved Governor.

This is another steelhead fly found in John Shewey’s Classis Steelhead Flies book. It’s one of my sources of flies for TBT posts.

I’ve read recently about the low steelhead returns in the Columbia Basin and it got me thinking about the last time I swung a fly for this marvelous fish. This beauty is from a trip on the Deschutes River in late September 2014.

Shewey writes the Improved Governor had its beginnings from an old trout fly in England called the Governor, much like many steelhead patterns.

Martha Benn, daughter of the famous John Benn, tied the fly with a feather wing. Later, in the 1930’s, C. Jim Pray was the tier to replace the feather wing with bucktail because they were much sturdier when hooking and landing multiple fish.

To learn more about the Improved Governor and other steelhead flies, I highly recommend John’s book:

Here is the fly pattern I used to tie the fly:

It might be time for another Odds and Ends post. I write these occasionally to highlight a few extra items that don’t make it into their own post. First, I’d like to thank the McKenzie Flyfishers for inviting me to present my Fly Fishing Road Trips at their monthly meeting last night. I had a… 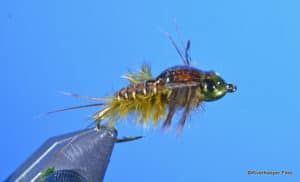 As you’ve read in previous posts, I’ve been tying flies lately. It’s that time of year for me. And I don’t plan on stopping anytime soon. I’ve finished my fly tying commitments for now, which includes filling orders and tying a few Mercer’s Poxyback Green Drake nymphs in the last week. So the question now… 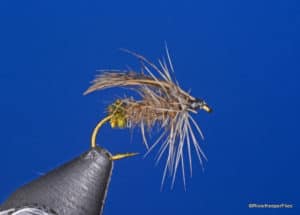 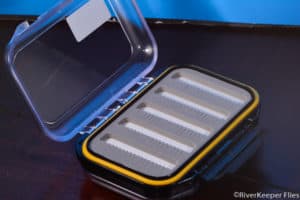 Did you happen to read my post last week entitled Simply Identify Bugs Fish Eat? I explained the three basic insects you’ll find on the river, a caddis, mayfly, and stonefly. This week’s post takes the next step to help create your first fly box with flies to imitate these bugs. If you’ve fly fished…

I had a recent fly order for Beetle Bailey flies and decided to keep tying them and fill the provider box. I ended up tying over 11 dozen. Why? Because fishing with beetles can be effective at certain times of the year and I didn’t want to run out of them. In fact, terrestrials can… 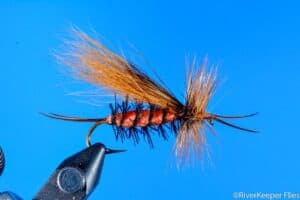 This week’s Throw Back Thursday Fly is a Bob Jacklin Salmonfly. My friend Jim Fisher loaned this #4 salmonfly to me for this post and told me it was tied by Bob.