This week’s Throw Back Thursday Fly is the Red Quill, a classic Catskill fly pattern.

Art Flick was instrumental in popularizing this fly. The Red Quill imitates the Ephemerella Subvaria and uses a large stripped hackle from the Rhode Island Red rooster. An earlier version from Rube Cross utilized slate wings instead of wood duck fibers.

This Red Quill was tied by Bob Kern at the International Federation of Fly Fishers Fair in Livingston, MT in August 2016. He drove all the way to Livingston from Blairsville, GA. He can be found occasionally at the Southern Highroads Outfitters demonstrating and teaching Catskill flies. He is member of the Catskill Fly Tyers Guild.

Check out Bob’s other fly, the Pink Lady.

The fishing season has definitely changed, but I did get out last week and this rainbow came to hand using an Improved Sparkle Dun, imitating a #16 yellow mayfly…probably a Serratella mayfly rather than the Pale Morning Dun. It has 2 tails vs. 3 tails for the PMD, but do you think fish count tails? Here…

I’m in a period of transition from fishing a lot to the fly tying vise. It’s a few days earlier than most years. I say someone throws the weather switch on November 1 and dry fly fishing changes dramatically. This year, the weather changed in two days and daytime highs of mid-70’s have been replaced… 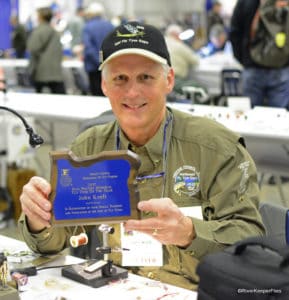 As 2017 comes to a close, I wanted to express my gratitude to all my RiverKeeper Flies subscribers and readers who have found me one way or another. 2017 has been another good year. I picked one of my subscribers at random today and they will receive a dozen of my favorite RiverKeeper Flies. It’s my… 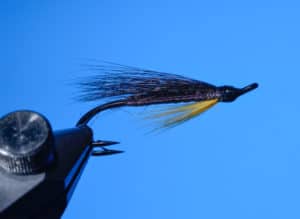 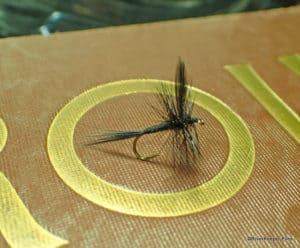 This week’s Throw Back Thursday Fly is the Ray Bergman Black Angel. The Black Angel is a Ray Bergman dry fly listed in his book entitled Trout (1940 – fourth printing) on page 332, Plate No. 13.