We’ve been fishing the river quite a bit lately and have noticed LOTS of spinners on the water. My wife, the Bug Lady, searches back eddies for bugs while waiting for the hatch to happen.

What is a spinner you ask?

Well, spinners are the final phase of a mayfly’s life, be it a Blue Wing Olive, Pale Morning Dun, March Brown, Brown Drake, or Green Drake to name a few.

A sure-fire way to determine the fly is a spinner is the clear, opaque wings that lay outstretched and flat on the surface film. These are called hyaline wings and provide an extremely reflective surface which I think attracts fish.

Here is an excerpt from an earlier post about a mayfly’s life-cycle. Read the whole post of the Pale Morning Duns – PMDs.

“Mayflies in general spend much of their life as a nymph, rummaging around the rocky stream bed. When it’s time to hatch, the nymphal shuck breaks open and an adult mayfly crawls out, otherwise known as a dun. Hatching may occur underwater or in the surface film. The PMD breaks through the surface film and waits for both wings to dry as the fly floats downstream in the current. Now the mayfly flutters its wings and takes flight. Sometimes it lands on the water again, floats some more then flies away to nearby vegetation and wait to become sexually mature.

Similar to breaking out of the nymphal shuck, the dun too sheds the skin as the thorax splits open and out crawls another insect with clear wings which is called a spinner. The body color of the Pale Morning Dun spinners range from tan to rust, hence the name “Rusty Spinner”. Females fly into swarms of males to mate. Watch for birds flying above the river. That’s a tell-tale sign spinner activity is about to begin. After mating, the males drop into the water and are available to fish. You probably won’t see them, only the occasional sip of a trout and you’ll ask “I wonder what it took”? That’s the time to pull out a Rusty Spinner.”

While I know a few things about bugs, I am no expert. So I can only guess at the identity of this spinner.

All I know is that having a few spinner patterns in the fly box created some good fishing recently.

For the Rusty Spinner, try a Rusty Spinner – Biot Body or Rusty Paraspinner to imitate this fly. Depending upon size, these patterns will imitate a PMD or BWO.

I’m still learning about spinners as well. Especially when we’ve seen 6 to 8 different mayfly spinners on the water in the last couple of weeks. I’ve spent some time at the fly tying vise creating flies to imitate these bugs.

Lastly, there may be a few Green Drakes out. Here are some patterns in “beta” testing.

All I can tell you is they have caught a fish or two.

If you spend time on the river and pay attention, you’ll surely see some spinners floating down the river. Pay attention to them. The fish do!

This week’s Throw Back Thursday Fly is a Tiny Midge Adult with Upright Wings. I found this fly in Ed Engle’s book entitled Tying Small Flies (2004). I really enjoy opening Ed’s book periodically. I’ve featured several flies from the book. Use the “search” button on the menu bar and type in “Ed Engle”. It’s…

This week’s Throw Back Thursday Fly is the Light Blow. The Light Blow is another Ray Bergman wet fly listed in his book entitled Trout (1940 – fourth printing) on page 84, Plate No. 5. 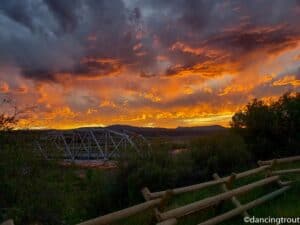 Fly fishing the Madison River in 2020 was the next stop on this year’s fly fishing road trip. The Madison River valley is a magical place for us, one we always enjoy returning to. We spent a week on the river and will return to fish it again after a few days in Yellowstone National… 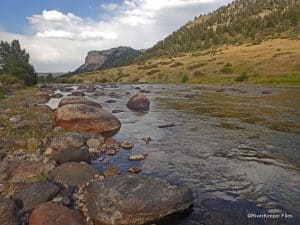 The next stop on our Montana Road Trip – Stillwater River. I’ve never fished the Stillwater River. Always heard good things about it and I put it on my list to check out during a future Montana road trip. Well, this year it fit perfectly with our plans as we were in Livingston at the… 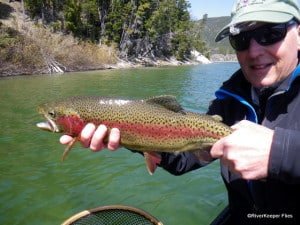 2015 has been a great year for RiverKeeper Flies! Year end is a great time to reflect on the last 12 months. I hope you’ve enjoyed reading all the posts as much as I have creating them! Thanks to all who continue to utilize the fly fishing and fly tying resource I’ve created. I’m amazed…